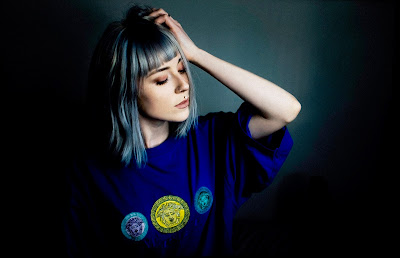 Long time fans of Kitty agree: every time she releases something, we're convinced she cannot outdo herself. But here we are again, with another Kitty album, mind blown at the artist's creativity and perseverance.

Rose Gold, releasing April 5th, 2019, is truly a triumph. Not only is Kitty taking the reigns on all of her production aspects, and releasing a splice pack in the process, but she has opened up on this album in a way that she never has before. It's vulnerable. So vulnerable, in fact, that the first single she released from this 12 track album is about her struggle with PTSD and the second single she dropped was a BOMB, literally, about her work in the findom industry.


I had the extreme privilege of having access to demos as Kitty's album was evolving and she has truly outdone herself with each iteration. The finished product is a surreal, sparkly ride through the mind of a creative genius. While she has a confidence in her sound that is beyond anything we've heard before, she is still serving us Impatiens realness with tracks like "look demure" and "strange magic." We even get some trip hop vibes in the album's interlude, "don't panic."

With a smooth and sultry sound, she delivers mesmerizing vibes in "sweat" and "mami." The singer stopped smoking cigarettes at the beginning of 2019 and her vocal range has widened for this newest release. The closing tracks of Rose Gold filled me with melancholy in the greatest possible way. "Window," which was performed with American Pleasure Club, is the bedroom emo sound that kitty always sang about in previous releases in songs like "Emob0unce" and "Watch Me", but now she's attacking head on. The closing track, which is a revamping of one of her early singles, "Florida," is sure to grip the heart strings of any long time Kitty fan. 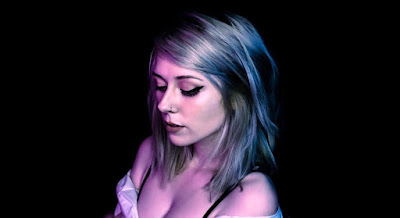 Rose Gold is here on Friday to show the world how much Kitty has grown as both an artist and a woman. It's a revelation in a sea of mind numbing top 40 and repetitive indie trends. We can't wait to watch what she does next.
Posted by Megan "Raygun" Dillard at 11:56 AM No comments: