Problems You Have If You Became A Nerd Later In Life

When I was growing up I couldn't afford game systems or cable TV. So while everyone was watching anime on Toonami, I was watching Arthur's built ass preach about library cards on PBS. 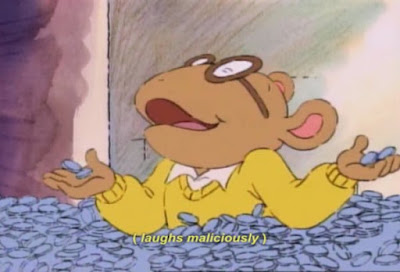 So there's a few problems you encounter when you don't become a hardcore nerd until a little later in life. Biggest problem: all your friends have a massive head start on you. It's incredibly intimidating to tell a friend you've been getting into Full Metal Alchemist and them have them ask you about something from Brotherhood LIKE I'M SUPPOSED TO KNOW. Bitch, they just took it off Netflix, I haven't seen that shit yet.

I honest to god can't imagine that the original Yu-Gi-Oh is better than Abridged. The abridged series really highlights the important things, like how gay everyone is and the fierceness of a child's card game. *angrily shuffles deck*

2. You remember Pokemon: Soul Silver vividly because it was your first Pokemon game.

I don't know about all ya'll hoes that got to play Red and Yellow, but Soul Silver was my mothafuckin' jam. It came out right as I was starting college and could afford to buy my own video games. You better believe I lined up for that shit.

3. You spend your Saturdays off catching up on old anime and sci-fi.

My other older friends spend Saturdays cleaning, playing kick ball, drinking, or playing that new Assassin's Creed game. Me? I'm elbow deep in Star Trek: Voyager. Why? BECAUSE THE NERD KINGDOM COMMANDS IT. Also I have this weird crush on B'elanna Torres...

All the Saturdays in the world won't get you caught up on 800 episodes of One Piece. You frequently find yourself with the depressing realization that there just isn't enough time in the day to watch all the anime or read all the comics you've been meaning to. You also pride yourself in that summer that you watched all 200 episodes of Sailor Moon... and then they came out with Crystal.

"Yeah I got this vintage comic for 25 cents when I was a kid." *fervently grits teeth*

6. You might actually kill for your little brother's Pokemon card collection.

There's been quite a few times when my younger brother has gotten away with something heinous and I've wondered innocently about how much he doesn't deserve that Pokemon card stash he's got. But innocent thoughts often become SAVAGE. Where are my bungee cords?