I'd like to go through films that I think have excellent lighting systems, specifically Suspiria. If you've never experience the artistry that is this film, please treat yourself immediately. In Suspiria, a young ballerina moves to attend a prestigious ballet school that turns out to be much more than she bargained for. Every shot is filled with creative lighting, set decoration, and costume design. The only exception, which is what I want to point out first, is how the composition of the shot when she leaves the school briefly later in the film.

If this was the only shot you saw from the film, you might think that this was a run of the mill Hollywood, shot/reverse shot film. However, the conventional framing and lighting of this shot is a blinding contrast to the lighting for the rest of the film and serves to show that it is indeed the location and not our protagonist or the bias of the director that manipulates the eeriness of the school.

The shot above is from inside a cab outside of the school. This is obviously not standard lighting. Suzy, the sweet and naive main character, is lit in gold while her surroundings are deep blues and reds. She is also further in the center of the frame than the rule of thirds would put her, giving her less look room and making the composition feel disjointed. Also, her hair is wet from the rain, exposing her face in full where it was normally covered by full curls in the other earlier sequences.

This next shot is a reaction shot of Suzy being frightened by something in a part of the school where she is forbidden to go, but explores anyway. The red lighting is a persistent image system throughout the the film and here it blends into a dark corner, making her feel trapped when she crosses the frame and loses the red lighting. Also, reaction shots are typically closer to reveal the emotion of the character, but Argento does not give that to us here. He alienates us from this moment, ripping the character further and further away from help and understanding. 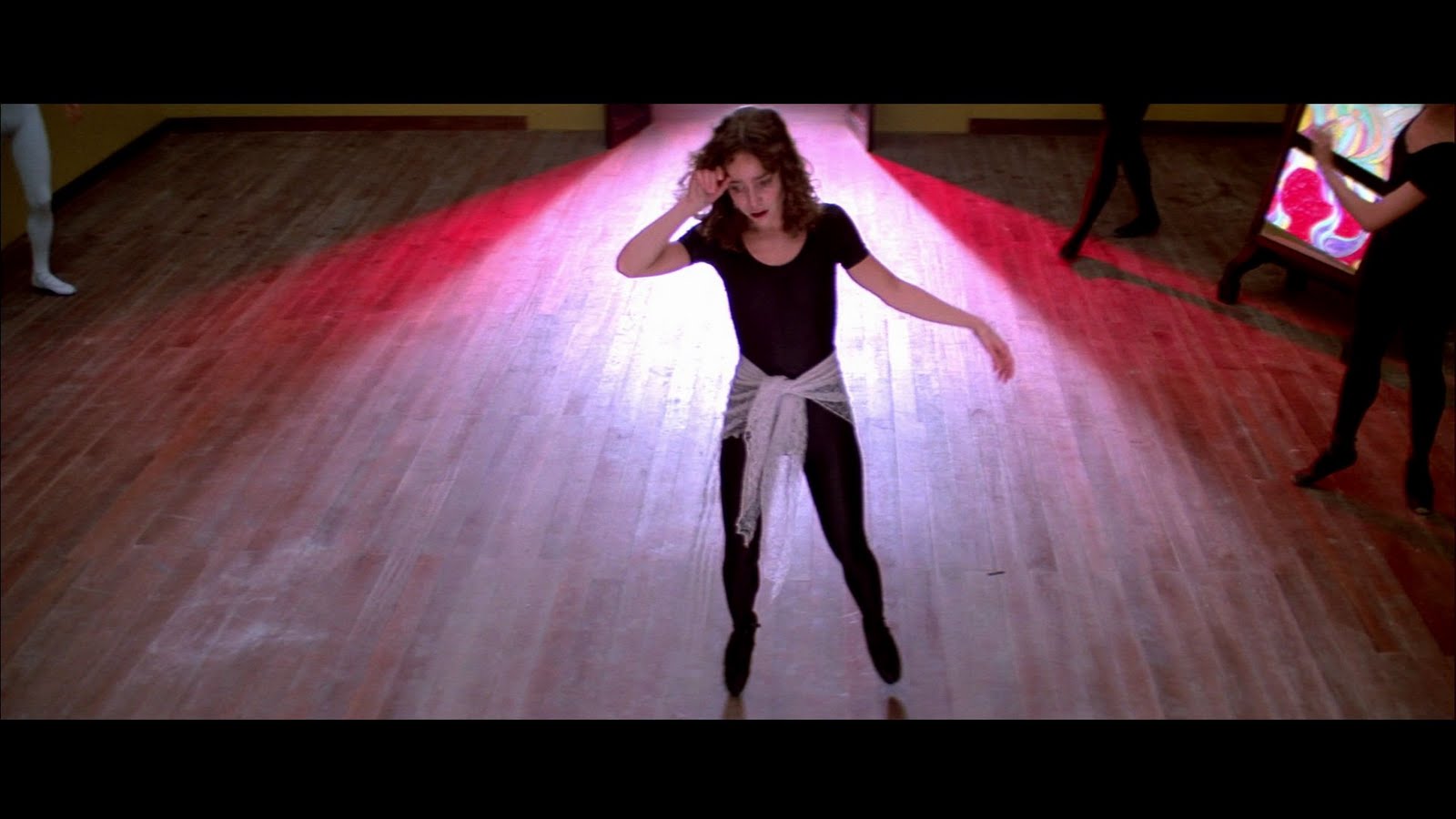 Her we see Suzy feeling the effects of the building's evil in the presence of other people. In this scene, she becomes faint during a lesson and the lighting becomes more dramatic as her breathing becomes more labored. Her fellow students are unaffected. This framing also traps her inside the beam of light, blocking out all the other students from her.

This shot is again, Suzy in red light and running away from it, in this instance toward the same gold light that she eventually achieves in the first example. The camera is positioned in a way that makes the hallway look very long and foreboding, almost giving off a sense of forced perspective.  Notice that this red light is much more intense that other examples and highly directional, falling on Suzy and washing out her face.

Note some more of the following stills from the film as well:

Posted by Megan Dillard at 2:24 PM